This article may contain affiliate links. See our disclosure policy for more info.

Have you always wanted to be rich?! It’s fun to get caught up in how we would spend our millions if we ever hit the Powerball!  Now, in my mid-to-late 20’s…ugh, fine…30’s, I finally realize how rich I truly am, and it has nothing to do with money.

I still have big dreams, many of them center around being financially independent, but we still have quite some time before we achieve financial freedom!  We recently paid off our personal debt (except for our mortgage) and those 20 months we worked to pay off $54,500 in debt were difficult, painful, and wonderful all at the same time.

Our journey started when we hit “rock bottom” and decided to take Dave Ramsey’s Financial Peace University at the beginning of this year.  I’m a big reader, and in addition to reading Dave’s books, I’ve read a few other personal finance books, and many of them offered insightful information on how the wealthy live.

We, as a society,  are enamored with the lifestyles of the wealthy… in fact, watching the “Real Housewives” is one of my favorite guilty pleasures (don’t judge)!  But most wealthy people don’t live lavishly as you see on TV!  Many are actually quite frugal and live below their means.

I wasn’t born into wealth, and I’ll never win the lottery or have a huge inheritance, so if I want to be wealthy someday, I figure the best way to get there is by modeling the same behavior and habits as the wealthy do.

Here are seven habits that help people get wealthy and stay wealthy…some of them might really surprise you.

Until my current vehicle, I had always leased a car.  Great warranty, no fear of breaking down in the middle of winter with my kids in the car, plus I get bored easily so a new car every few years was right up my alley.  Sounds good, right?  Wrong.

According to Consumer Reports, (and Dave Ramsey, of course), leasing a car is actually the most expensive way to operate a vehicle.  I was shocked to learn that many millionaires actually purchase gently used cars instead of driving them off the lot brand new and taking such a large hit on the depreciation.  Makes a lot of sense when you think about it that way.

This might be the biggest takeaway in this whole list!  Now I might be a tad partial since I write a lot about paying off debt, but one of the biggest barriers to wealth is DEBT!

READ MORE:  How to quickly get out of debt using the debt snowball system

Think about what that really means…

We are slaves to our mortgage companies until we own our home outright, same with our car loans and the worst culprit of all: the credit card companies.

Most homes actually appreciate in value, unlike the vehicles in number 1; however, many wealthy people do not purchase a mansion as I’d always assumed.

Billionaire Warren Buffett, for example, still lives in the same house he purchased for only $31,500 in 1958.  Don’t get me wrong; it is a very nice home, now worth over $600,000 but with a net worth estimated at around 80 billion dollars; clearly, he could afford to live in something much more elaborate.

Not all wealthy people want to spend a lot of money on their homes.  Many are quite happy living in a comfortable house equal to a small amount of their net worth, leaving plenty of money left over.

Many of you are probably already investing in some way.  Perhaps your employer offers a 401K or a pension plan you’ve been participating in, and if so, that’s great.

See, many of us invest but often stop when “life happens.”  Maybe your transmission goes, or you switch careers to take a break…but the wealthy invest consistently. They pay themselves first, always.

Consistency is key.  If you’ve never heard of a magical concept called Compound Interest, do yourself a favor and Google it…it’s pretty amazing.

Compound interest can make you wealthy.  But every month, year, or decade you’re not investing; you’re literally losing money!

The wealthy invest consistently and make their money work for them!

Wealthy people often get that way because they’ve figured out how to earn a passive income.  This means they make money even when not actively working; therefore, it’s considered passive income.

Finding a passive income stream will allow your money to work for you even when you’re not working for is – so essentially, you can earn money while you’re sleeping. How cool is that?

Wealthy People Live on a Budget

If you’re currently trying to get out of debt or save up for a large purchase, you are likely on a budget.

Budgeting gets a bad rep.  The “B” word makes people cringe, but wealthy people know that having a budget keeps you in control of your money.

Some wealthy people still adhere to a strict budget while some use a much looser form, but the basic principle is the same.

Knowing where every dollar is going and having a good sense of how you’re spending will lead you to be more intentional and less impulsive with your money.

Check out my Begin to Budget Bundle to help you create a budget you can actually stick to!  This 34-page printable budget binder will help you organize your finances, pay off debt and save money.

Dave Ramsey’s 7th Baby Step is “Build Wealth and Give”.  Many wealthy people are charitable and give generously.

Having a scarcity mindset leads people to think that they have to “hold on” to the money they make, or they will lose it. Most wealthy people know there is always more money to be made.

There are many theories about giving.  Maybe you believe in tithing or that “good begets good.” Perhaps you think that once you have more, you can give more.

According to Dave Ramsey, “giving more moves you to become less selfish, and less selfish people have more of a tendency to prosper in wealth.”

There are many more habits of wealthy people outside of this list.  These are the few that really stuck with me personally, and I intend to model them.

While you, and I, for that matter, might be far from wealthy now, making new positive habits and leaving behind those behaviors which do not serve you will get you started on the right path toward financial freedom! 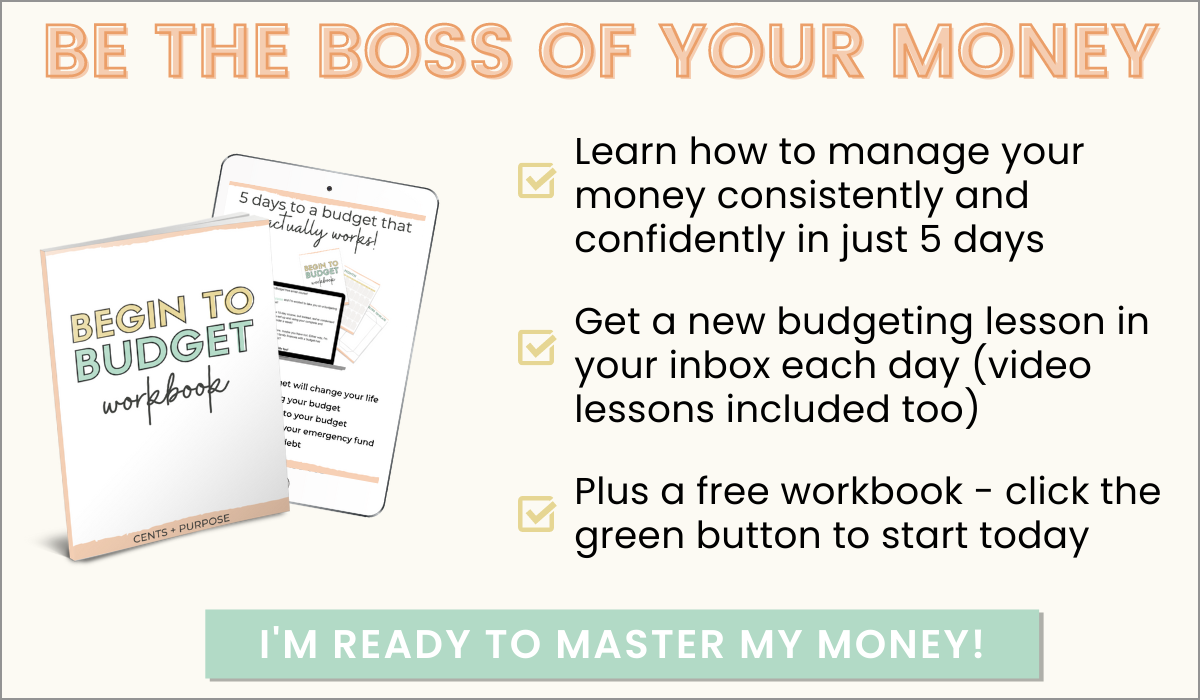 Kristin Stones is the owner of Cents + Purpose, an online community dedicated to sharing practical personal finance content. Her mission is to equip women with the necessary tools and knowledge to take back control of their money and live a more purposeful life. She creates actionable content to help her audience achieve financial wellness using her simple approach to managing money - all learned through her personal experience of paying off almost $55,000 of debt in under two years.

Share on Pinterest Share on Twitter Share on FacebookAre there wedding bells in your near future? If you’re engaged and reading this article, you likely have a lot of questions on your mind.  How can I plan an unforgettable wedding? Should we go on a honeymoon right away? Where will we live once we’re married?…

Share on Pinterest Share on Twitter Share on FacebookFrugal living is all about living life in a manner where you are constantly looking to reduce your expenses and be purposeful in the way you choose to spend money. Learning how to live frugally can save you thousands (or more) dollars every year but it can…

Share on Pinterest Share on Twitter Share on FacebookIf you’re searching for Personal Finance Club reviews, you’re in the right place…this is my personal review of the online course How to Build Wealth by Investing in Index Funds created by Personal Finance Club founder, Jeremy Schneider.  Since you’ve landed on this article, I’m going to…

Share on Pinterest Share on Twitter Share on FacebookI want to congratulate you on deciding to give budgeting another shot because it truly is the key to financial freedom. I don’t want you to get frustrated if the first month doesn’t go exactly as planned, it takes some time to really find your budgeting groove….